Forrest entered the financial services field in 2004 as a Vice President with John Hancock’s Variable Annuity Division following his service as an officer in the US Army. Forrest was recruited to Lincoln Financials Retirement Division as a marketing director with expanded reach and responsibilities. Between Lincoln and John Hancock, Forrest turned two undeveloped territories into over $200 million in retirement assets.

Forrest was introduced to the Life General Agency business by longtime friend and business associate, Ray Bailey. He left Lincoln in 2008 to begin his role as an independent general agency manager. Forrest is a member partner with Advantage Insurance Network, one of the nation’s largest life insurance marketing firms. He made the transition from a corporate Vice President and has now built Buckhead Brokerage Group from scratch.

Forrest received his Mechanical Engineering degree from the United States Military Academy at West Point. Having played all four years, he lettered in Football and was an active member of various clubs. Upon graduation, Forrest was commissioned as an officer in the Air Defense Artillery branch. His last assignment was Air Defense Coordination officer to Fort Stewart. Forrest was responsible for the deployment and tactical plans to the joint forces committee, the army’s primary deployment force.

Forrest is a native of San Antonio, Texas and now lives in Atlanta. He is married to Melissa and has two children. Forrest loves the outdoors and is a fan of most sports. He enjoys spending time with his family and bow hunting on his middle Georgia farm.

Marty is the Director of Advanced Markets with Buckhead Brokerage Group, a privately held General Agency and a partner member of the Advantage Insurance Network. He is a CERTIFIED FINANCIAL PLANNER™ professional and has been in the financial services industry since 1997. Prior to joining Buckhead Brokerage Group, he spent five years at the Wellspring Group and seven years with the Hartford. At both firms, Marty collaborated with other professional advisors to help navigate sophisticated issues more effectively for their clients.

Marty received his Bachelor's degree in Civil Engineering from the Georgia Institute of Technology. Although not to blame for Atlanta traffic, he was a member of the transportation design unit of Post Buckley in Atlanta. With a background steeped in formulas and mathematics, Marty considers himself a fully recovered engineer. Just as important as the numbers, he enjoys the client interaction and unique family dynamics that are often an integral part of a client's overall financial structure.

Marty and his wife Ginny currently reside in their hometown of Savannah with their three girls. He enjoys time on the golf course and is an overall avid sports fan. He is involved with the Savannah Estate Planning Council and The Next Generation organization as local charities. 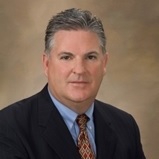 Jerry Kelleher is the Senior Sales Director for Buckhead Brokerage Group (BBG). Jerry has 14 years of financial services experience and has dealt with high level planning and policy placement for financial institutions and trust companies. He is now responsible for new business development and relationship management for BBG. Jerry assists advisors and financial consultants through all phases of the planning process. His experience and expertise helps in case development and design, client fact gathering, and plan implementation. Jerry is a valuable member of the BBG team and upholding the culture of intensive service and quality support.

Jerry is married to Julie, and he is originally from Syracuse, New York. He is an avid golfer and enjoys spending time with his two Lab rescue dogs. Jerry graduated from St. John Fisher College in Rochester, NY with a BS in Business Management in 1985.

Erica Worthy has been Buckhead Brokerage Groups Operations Manager and Life Insurance Case Manager since 2013. She thrives in making the advisor's job as effortless as possible by overseeing that the application process moves quickly and efficiently through the carriers systems. She has a strong background in customer service.

Bill began his career 41 years ago with Massachusetts Mutual and Northwestern Mutual Life Insurance Companies in Kansas City, MO. He was subsequently asked to join the Manulife Financial (now John Hancock) regional office in Sacramento, California to assist the large number of area policyholders. Through this affiliation, Bill became the Estate Planning Specialist for Merrill Lynch of Northern California which involved consulting with over 250 Financial Advisors located between Sacramento, CA and the Bay Area. Upon returning to the Midwest in 1996 to assist with his parent’s care needs, Bill utilized his experience gained in California with investment advisors and agents in South-Central Kansas through Broker/Dealer national agreements to elevate their financial planning practice in the risk management area. Bill has consulted with advisors for over 20 years.  His objectives involve helping the advisor and client initiate goal setting, fact-finding, and provide planning concepts coupled with the financial solutions necessary to maximize assets under management. 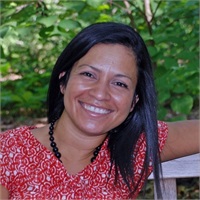 Katya Phillips joined Buckhead Brokerage Group in 2016. She is our Licensing and Contracting Manager, along with providing annuity and life case management services. With her previous experience as a Team Manager, she is able to work independently and also collaborates as a team player. This allows Katya to provide the best assistance for Buckhead Brokerage Group and to the financial advisors.

Stephen Martin began his career in the financial services industry in 2010 as a financial advisor with a regional broker dealer/RIA in Memphis, TN.  After 4 years of building a successful practice in Memphis, Stephen was recruited to Birmingham, AL to be a part of Sterne Agee’s asset management team.  It was a team dedicated to transitioning transactional assets to an actively managed fee based platform.

In 2015, Stephen made the leap to wholesaling with Massachusetts Mutual Life Insurance Co., better known as MassMutual.  As brokerage director for MassMutual, Stephen doubled his territory’s production in just under two years. He accomplished this by providing his advisors with advanced planning concepts utilizing life, disability income, and long-term care insurance.

Stephen still holds his series 7, series 66, life and health insurance licenses, which help him keep up with constant changes in the financial services industry.  Stephen believes his experience as a financial advisor helps him better relate to his audience of advisors, therefore, helping add value to their practice as they continue to serve their clients’ needs.

Stephen is originally from Tupelo, MS.  He attended the University of Mississippi where he received a degree in Managerial Finance.  In Stephen’s free time, he enjoys cooking in the Memphis in May’s annual BBQ Festival, attending Ole Miss sporting events, golfing, spending time with friends and family.  He is also a member of the Vestavia, AL Chamber of Commerce and an active member in the Phoenix Club, a club dedicated to raising money for their local Boys and Girls club.